Wash It All Away (with Five Finger Death Punch & John Trudell)

A little video about political and economic corruption put to some hard beats and some Wisdom from John Trudell, because...
#AllLifeMatters​ #Decolonize​ #IndigenousSovereignty
Posted by johnnyluv at 12:33 PM No comments:

Canada is currently stepping up their War on the Indigenous People living in Poverty. They are creating and enforcing arbitrary policies which may not look like racism on the surface, but definitely are if you look at the historical patterns and stats. In particular, the Edmonton police services smile and play innocent as they steal belongings and shelter from the Indigenous homeless and force them out into dangerously cold weather, IN THE NAME OF SAFETY! MAYOR DON IVESON IS BACKING UP THIS AGENDA. And after more than two decades of reconciliation talks, property managers still refuse to rent to Indigenous People living in Poverty, the Poverty colonialism has intentionally forced upon the Indigenous Populations. He may put on a good show just like any politician, but waiting for the federal govt. to pay outrageous amounts of money for only 74 units of affordable housing is utterly laughable when there are currently thousands of listings available for rent in Edmonton! WAKE-UP!
#AllLifeMatters #Decolonize #police #community #communities #justice #homelessness #people #support #mentalhealth #canada #racism #housing #Yeg #EPE #SummitOfTheAmericas #WPGVitalSigns #wpgpoli #Poverty 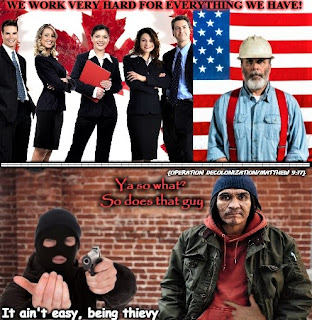 Posted by johnnyluv at 6:08 PM No comments:

Posted by johnnyluv at 6:37 PM No comments:

Posted by johnnyluv at 12:51 PM No comments:

In the Realm of Hungry Ghosts | Dr. Gabor Maté

Posted by johnnyluv at 10:36 PM No comments:

Oil, Corruption and Death on the Reservation | Times Documentaries | The...

Posted by johnnyluv at 4:34 PM No comments:

Posted by johnnyluv at 7:22 PM No comments:

And here is my Decolonization YouTube channel, just in case…

The problem is, we keep talking about racism. Don't believe the lie that it's hate because it's not. It's practices of white-supremacy and the protection of privilege. Hate has nothing to do with it. They make us use the word hate to keep us fighting the wrong fight and amongst each-other. fight colonialism, not the people.

The racism discourse is a false one as it doesn't name the actual problem... white-supremacy and its inherent foundations in the colonial governing system. The very notion of racism places the onus & responsibility on every citizen to be responsible for their own actions of racist ideals, without calling out and criminalizing all platforms of white-supremacy. Which is where racist ideals stem from in many parts of the world. And if one looks closely, racism doesn't even actually exist! This idea of racism is actually a notion of entitlement to authoritarianism & privilege. So it's not racism at all... it's the self-indulgence and self-importance of those who readily embrace a history of colonialism & land theft through the Doctrines of Christian Discovery.

Canada & the U.S has always violated Human Rights on a global scale, as well as continually violating the Rights of Indigenous Peoples and our Laws upon our own lands, of which have been stolen from us. Colonists keep talking about energy needs, but nobody is saying about what kind of energy needs we're referring to here. Are we talking about all the advertising billboards & huge televisions screens lighting up our night skies? Are we talking about the production & utilization of useless and mind-numbing products that enslave us to pointless servitude? This is no accident, and we are not just stumbling around trying to figure our way around here. It's all planned this way. It’s not about the economy and energy needs because there are suppressed technologies out there that can do away with most all our societal problems. It’s about power, control and those unwilling to give that addiction up. Christian Imperialism created this social and ecological mess here on Turtle Island through the Doctrine of Discovery. Christianity is the only religion in the world that created a racist International law in order to STEAL the Land, resources and children away from Indigenous People's around the world. This is how all you outsiders came here to enjoy a better life… at my Peoples expense.

“All doctrines, policies and practices based on or advocating superiority of peoples or individuals on the basis of national origin or racial, religious, ethnic or cultural differences are racist, scientifically false, legally invalid, morally condemnable and socially unjust.”

Through all our work we must remember this one FACT above all... that via the Doctrine of christian Discovery, Canada & the U.S. has unfounded, illegitimate and indecent claims on these lands and therefore, has no real authority over the Indigenous Peoples, our Land AND its resources... Along with that, we are constantly being ignored, even though we far overrepresent the homeless population in Canupchuk. Just like you people have been doing all through this series of webinars. Us Injuns just don’t exist for you people.

"The Doctrine of Discovery was promulgated by European monarchies in order to legitimize the colonization of lands outside of Europe. Between the mid-fifteenth century and the mid-twentieth century, this idea allowed European entities to seize lands inhabited by indigenous peoples under the guise of discovery.” {Wikipedia}

In 2007 the United Nations condemned the Doctrine of Discovery in the preamble to the Declaration on the Rights of Indigenous Peoples. Every member of the UN was in support, except Australia, Canada, New Zealand, and the United States.

The General Convention of the Episcopal Church, conducted on 8–17 August 2009, passed a resolution officially repudiating the discovery doctrine.

In 2013, at its 29th General Synod, the United Church of Christ followed suit in repudiating the doctrine in a near-unanimous vote.

At the 2016 Synod, 10-17 June in Grand Rapids, MI, delegates to the annual general assembly of the Christian Reformed Church rejected the Doctrine of Discovery as heresy in response to a study report on the topic.

At the 222nd General Assembly of the Presbyterian Church (U.S.A.) (2016), commissioners called on members of the church to confess the church's complicity and repudiate the Doctrine of Discovery. The commissioners directed that a report be written reviewing the history of the Doctrine of Discovery; that report was approved by the 223rd General Assembly (2018), along with recommendations for a variety of additional actions that could be taken by the church at all levels to acknowledge indigenous peoples and to confront racism against them.

the Anglican Church, the Episcopal Church, and the United Church of Christ have offered apologies for colonial oppression and have repudiated the DOCD as “fundamentally opposed to the gospel of Jesus Christ and our understanding of the inherent rights that individuals and peoples have received from God.”

Indigenous Peoples have always worked these lands. Then white Europeans came and placed us in concentration camps better known as Indian reservations. For some, conditions have changed recently but many are still there without the proper means to work or provide for ourselves because your people made laws to ensure we remained in poverty, stripped away our culture, our languages, and our children who were beaten and raped. Then when we were finally allowed to come off the reserves to work, we still were faced with colonial privileged ass-wipes who did their best to ensure we were not welcome anywhere to work or even exist on our own lands. We don't need or want your money & your slave labor jobs. We want our Lands and Resources back of which religion and colonialism stole, along with ALL our children... To this very day, my People are still dealing with colonial ignorance, racism, Land & resource thievery.

Your people are the only welfare bums in north america, your families has been mooching off our kindness ever since first contact. You people would not have survived here if not for our kindness in welcoming you into our home and then you purposely wiped out 95% of my People through diseased blankets in trade? Low handed and disgusting practices you have. Your people called mine savages yet history and our current sociological climate simply proves who the real savages are. And yet through all of this, your society still conditions new settlers to Indigenous country that it’s ok to walk all over the Indian

People keep saying to me that racism begins at home.Our cities are spending huge amounts of money on anti-racism initiatives that do very little because the business sector & security practices which perpetrates and promotes systemic targeting of largely Indigenous Peoples, are protected in the interest of loss prevention.

Facebook is hiding my and other Indigenous activists' pages and posts to groups from being seen but indicating it is posted. One has to go back and physically see if it is in the feed! They are protecting a group of racists who threatened to kill an Indigenous advocate yet punished the advocate for exposing this group...

More than a year and a half goes by of jason kenney taking office of Alberta's Premier, before he even thinks to ask Ottawa and Canada's white-supremacist PM, justin falseau, the most important question in regards to the relationship between the colony and Turtle Island’s Indigenous People’s...  jason k.: What does “Consent” mean? justin f.: Why TF would I know!

Posted by johnnyluv at 3:20 AM No comments:

A portion of the world lies dead Yet they're truly not recognized And where too, I laid m y head   That there's where,  I came ... 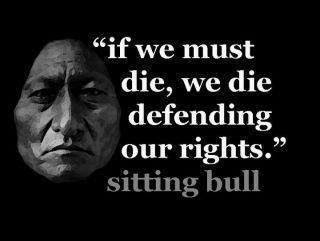 Here are some poems I wrote for your enjoyment (4)